Home
/
Technology
/
How New Technologies are Changing the World

In the past, new technologies have changed the world in different ways. For example, the invention of fire gave humans new ways to cook food, which led to more efficient hunting and gathering. The invention of agriculture allowed humans to settle in one place and build civilizations.

While there is no single technology that will change the world overnight, we can expect many more changes to come in the near future as a result of new technologies. 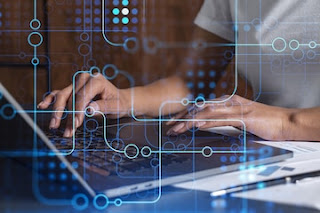 VR is used to create new virtual worlds or to simulate certain environments, such as a doctor’s office for medical training. AR is used for a wide range of purposes, such as adding digital information on top of the user’s view of the real world or creating a new digital world like in the game Pokémon Go.

As computers and robots become more advanced, they are expected to be used in a wide range of industries, including healthcare, education, logistics, and construction. The most common type of robot is the industrial robot, which is used to perform repetitive tasks that humans find boring and dangerous.

Robots can also be used to assist people in their daily lives, such as helping them lift heavy objects or reminding them to take medication. Robots are expected to play an important role in our future. As more industries adopt robot workers, there will be fewer jobs for humans. In other industries, such as healthcare and education, robots could provide helpful assistance to humans.

Drones and other automated vehicles, such as self-driving cars, are increasingly being used to deliver goods and provide transportation. For example, Amazon has created a delivery service called Amazon Prime Air, which uses drones to deliver items to customers within 30 minutes. Recently, Uber partnered with NASA to launch a pilot program that uses drones to transport passengers.

The science of engineering organisms, such as plants and bacteria, and the analysis of DNA is referred to as bio-engineering. This technology can be used to create new products, such as new types of food and medicine. For example, scientists are engineering bacteria to produce insulin, which can be used to treat diabetes.

Another example is engineering plants to produce more nutritious foods. DNA sequencing is the process of determining the order of the nucleotides in DNA, which is the chemical that holds the blueprints for all living organisms, including humans.

This technology can be used to identify diseases and other health risks. DNA sequencing is also used in forensic science to identify criminals based on their DNA. Bio-engineering and DNA sequencing are expected to significantly change the world as they are adopted in other industries, such as agriculture and healthcare.

3D printing is a process that uses computer-generated designs and special machines to create physical objects. This type of printing creates objects from materials such as plastic, metal, and even food. 3D printing can be used to create a wide range of products, from toys and furniture to medical devices and spare parts for airplanes.

Artificial intelligence, or AI, is the ability of machines to act as though they are intelligent. Machine learning is a type of AI that uses computers to improve their ability to perform tasks, such as language translation, with no human input.

AI and machine learning are expected to be used in a wide range of industries, such as the healthcare industry to identify diseases and create personalized treatments, the transportation industry to drive autonomous vehicles, and the finance industry to create financial advice.

AI and machine learning are expected to significantly change the world as they are adopted in more industries and are used to perform more complex tasks.

New technologies are changing the world in many different ways. Virtual reality and augmented reality are being used to create new digital worlds and add digital information to the real world. Robotics is being used in more industries to provide assistance to humans. Drones and automated vehicles are being used to deliver goods and transport passengers.

How do Apple Pay and Google Pay handle sensitive credit card information? Which one is better?

The Next Big Thing in Technology – What is it?

Big Data & Analytics: What You Need To Know And How It Affects Your Business